If you need an idea for a team building event, look no further. CultureIQ’s very own Brady Loeck tells the story of The Culture Games:

Here at CultureIQ, we take turns planning events and activities to maintain and develop our culture. This way each employee gets an opportunity to contribute a splash of their personality to the activities. At our team meeting a couple months ago, we realized we were due for a culture event, but lacking a designated planner. For a few seconds there was silence, and then a voice rang out.

It was my voice. I volunteered.

There aren’t any rules you need to follow when planning a culture event at CultureIQ; we’ve done hikes, bowling, happy hours, community service, among many other things. So in the absence of structure, I provided some for myself by thinking about what I really wanted to accomplish with an event that was going to have my stamp on it. More than anything, I wanted to make sure I checked the “fun” box. And thus, a tiny little seed was planted, and I began to plan The Culture Games.

I ran the idea by our CEO, Greg, and he was just like:

When I was in elementary school, we held a Field Day every year. The school would divide itself into different teams, everyone would compete in simple games, and eventually a champion would be crowned. This was the best day of the year, and the fact that my team always lost made no difference at all.

I couldn’t replicate this exactly, because we work in a concrete jungle (New York City). While New York City might be lacking in fields, we do have a large subterranean bar called Fat Cat, replete with cheap beers and plenty of games, from ping pong to pool. Faced with the prospect of planning the rest of the event (so much work…), I decided to take an alternative approach:

I created four roles to divide responsibility for different aspects of The Culture Games:

CAPTAIN: Team captains act as the final authority on decisions related to the competition, such as player assignments, competition rules, and any potential negotiations.

CULTURE MINISTER: The culture minister is responsible for naming the team, designing a flag on a single sheet of white printer paper, as well as naming an official team bird.

EQUIPMENT MANAGER: The equipment manager is responsible for team uniforms and any related props,

POET LAUREATE: The poet laureate is responsible for writing and reciting a poem at the beginning of the games.

Building a culture is about traditions. Those can be traditions related to how we treat each other or work together, but it can also include things like picking a team bird or reciting a poem. My colleague Alex summarized this nicely as we were eating pizza before the games got started:

“In 10 years, people at CultureIQ are going to ask each other, why do we pick a team bird and recite a poem at the beginning of The Culture Games? And someone will chime in, shrugging their shoulders, I don’t know, it’s just what we’ve always done.” 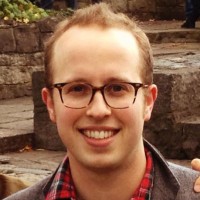 So You’ve Sent an Employee Satisfaction Survey…Now What?